Posted on September 19, 2016 by Reggie Littlejohn 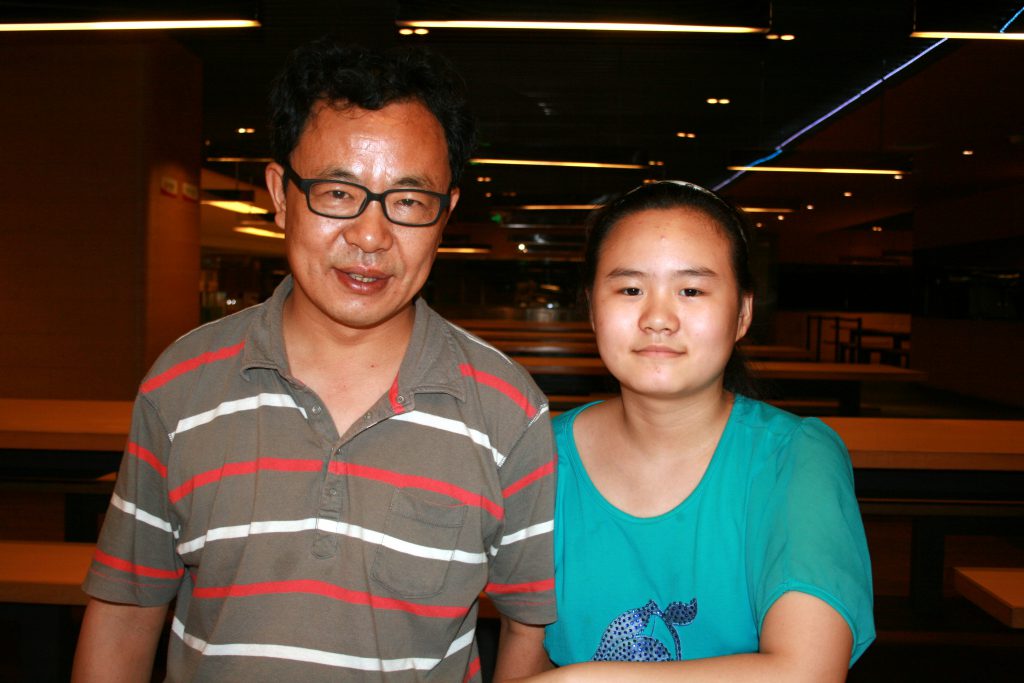 Anhui, China: Zhang Lin and his daughter Anni, before his arrest in 2013

Veteran pro-democracy activist Zhang Lin has been released from prison early, and spoke for the first time in three years with his daughters, Anni and Ruli, on Friday, September 9, at the San Jose home of Reggie Littlejohn and her husband, Robert.

Littlejohn, president of Women’s Rights Without Frontiers, described the conversation:

“We spoke for about an hour and it was a very emotional conversation.   At first, Anni and Ruli spoke with their father alone, then my husband  and I joined the conversation.  There were times when everyone was in tears.

“Zhang Lin looks great – much better than I expected him to look after such a lengthy prison sentence.  He said that he feels healthy – with the exception of wanting some work done on his teeth.

“I asked him how the prison guards had treated him and he said, ‘Actually, pretty friendly.’  He wants to thank the Chinese government and the United States government, as well as U.S. friends, for all their help.   He expressed intense gratitude to my husband and me for taking care of his daughters for the years he was in prison – but we told him it has been an honor to help him in this way, and a pleasure to welcome his lovely daughters into our family.

“Zhang said he was escorted directly from the prison to an apartment procured for him by the Police.   He showed us his apartment and it looks large and clean.

“For 24 days, he cannot give interviews, travel outside Bengbu, or apply for a passport. 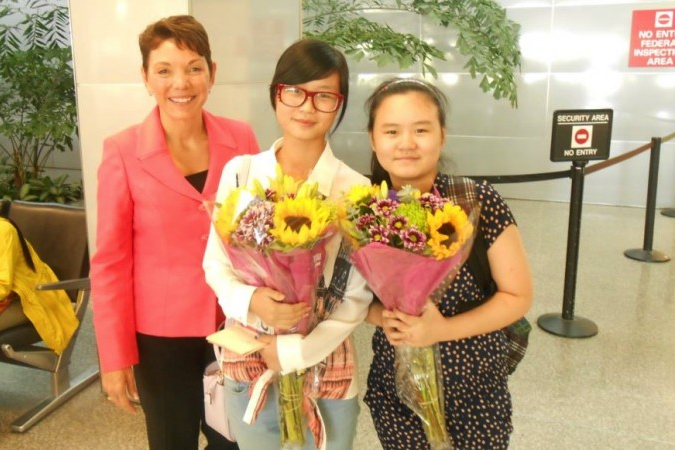 San Francisco, CA: Anni and Lily Zhang, with Reggie Littlejohn, upon their arrival in the United States, September 7, 2013

“Much of the conversation focused on the many accomplishments of his daughters.  September 7 was the three-year anniversary of their arrival in the United States.  Zhang said he is extremely proud of both of his daughters.  His 22-year-old daughter, Ruli, lived with my husband and me for 18 months, but has now achieved complete independence.  She has learned to drive, gotten a good job doing real estate, and has her own apartment.

“Meanwhile, Anni, now 13, has gone from speaking no English and playing no piano to being the top student in her 7th grade class last year, and winning a competition to play in Carnegie Hall in December.   Like her father, she is especially brilliant at math and science.

“Zhang Lin says that one of the first things he did upon his release from prison was go to the local McDonald’s and get an Egg McMuffin, which he enjoyed greatly, especially the cheese.

Anni said, “I miss my Dad and really hope that he will be able to be with me when I perform at Carnegie Hall.”

Ruli said, “I am delighted that my father is out of prison and that he was treated so well.  I hope he will come to California soon to visit us, so that we can go out to McDonald’s and get Egg McMuffins together!”

Littlejohn stated, “I would like to thank prominent American businessman and human rights activist John Kamm, who has been working vigorously on Zhang Lin’s case for twenty years.  He  intervened on Zhang’s behalf during a trip to Beijing in January of this year.”

Zhang Lin has been jailed four times for his pro-democracy activism, beginning with the Tiananmen Square movement in 1989, for a total of 13 years behind bars.  He was detained on July 19, 2013 for protesting authorities’ refusal to allow his daughter Anni, then ten years old, to attend school.  Originally scheduled to be released on January 18, 2017, his sentence was reduced for good behavior.

Littlejohn concluded, “Zhang Lin, his daughters and I are grateful to the Chinese authorities for treating him so well in prison and releasing him early.  We all hope that he will be granted a passport and visa in time for him to see Anni perform at Carnegie Hall in December.”

One Response to Activist Zhang Lin released from prison, speaks with daughters