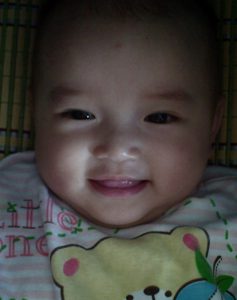 According to a Bloomberg report, anonymous sources have stated that the State Council (China’s Cabinet) has commissioned research on the impact of ending China’s two-child policy, possibly within the next year. “The leadership wants to reduce the pace of aging in China’s population and remove a source of international criticism,” one of these sources said.

Having dedicated the last ten years of my life to mounting “international criticism” aimed at ending forced abortion and gendercide in China, I would of course rejoice over the end of all coercive birth limits in China.  This would be a momentous victory for human rights and a vindication of the application of international pressure as a strategy to affect change within that totalitarian regime.

But I am holding off on this celebration.  First, the Chinese government just commissioned a study.  It has not yet enacted the new law.  I hope it does.   Doing so would be a momentous step in the right direction.

As always when dealing with the Chinese Communist Party, there is a catch.  The Bloomberg article states that “China is planning to scrap all limits on the number of children a family can have . . .”  Many of the abortions in China are performed on unmarried women.  China will not release how many of its 23 million abortions a year are forced.

According to the most recent report of the Congressional-Executive Commission on China, China’s Family Planning Laws require couples to be married to have children.   The implementation of the Family Planning Laws is not uniform across China, but is subject to provincial regulation.  In some places, an unmarried woman who is pregnant may be forced to pay a “social compensation fee” of up to ten times her annual salary.  I call these “terror fines.”  If she cannot pay the fine, she may be required to abort.  Yue Zhang spoke bravely and eloquently about her tragic experience of late term forced abortion because she became pregnant without being married.

In some instances, the “illegal children” of unmarried women are raised in secret.  They are denied hukou, without which they may be denied birth certificates and are not eligible for healthcare, education, or passports.  They cannot officially marry, work or travel.  They are illegal in their own land.

These questions remain:  Will China “scrap” birth limits for all women, not just married women?  Will they dispense with the system of social compensation fees for “illegal births”?  Will they abolish the hukousystem?

Further, the abolition of coercive birth limits will not end gendercide in China.  Many couples in China choose to have small families. Many do not want a second child, because of limited resources of time and money.  Because strong son preference remains, baby girls will continue to be selectively aborted and abandoned; people want their only child, or one of their two children, to be a boy.  Second daughters, therefore, remain especially vulnerable, even with the abolition of coercive birth limits.

And what of the devastating legacy of the One Child (now Two Child) Policy?  Tens of millions of men will never marry because their future wives were selectively eliminated.  And regarding the rapidly aging population, babies born now will not enter the work force for decades.  In the meantime, many elderly are without support and senior suicide is on the rise.

So I am holding off on celebrating an end to forced abortion and gendercide in China.  When that day truly arrives, I will rejoice that the most disastrous social experiment in the history of the world has been cast onto the dung heap of history, where it belongs.