Daughters of Zhang Lin Plead for his Freedom

Posted on December 17, 2013 by Reggie Littlejohn

Zhang Anni has been known as “China’s youngest prisoner of conscience.”  She was detained as a 10-year-old, denied food water and a blanket, and then prevented from attending school — all because of the pro-democracy activism of her celebrated father, Zhang Lin.  Zhang Anni and her sister, Zhang Ruli, arrived in the United States in September 2013.  Both sisters are living in the home of Reggie Littlejohn and her husband, Robert.  Here is the Open Letter of the two sisters, pleading for the freedom of their father, whose trial date is set for December 18. 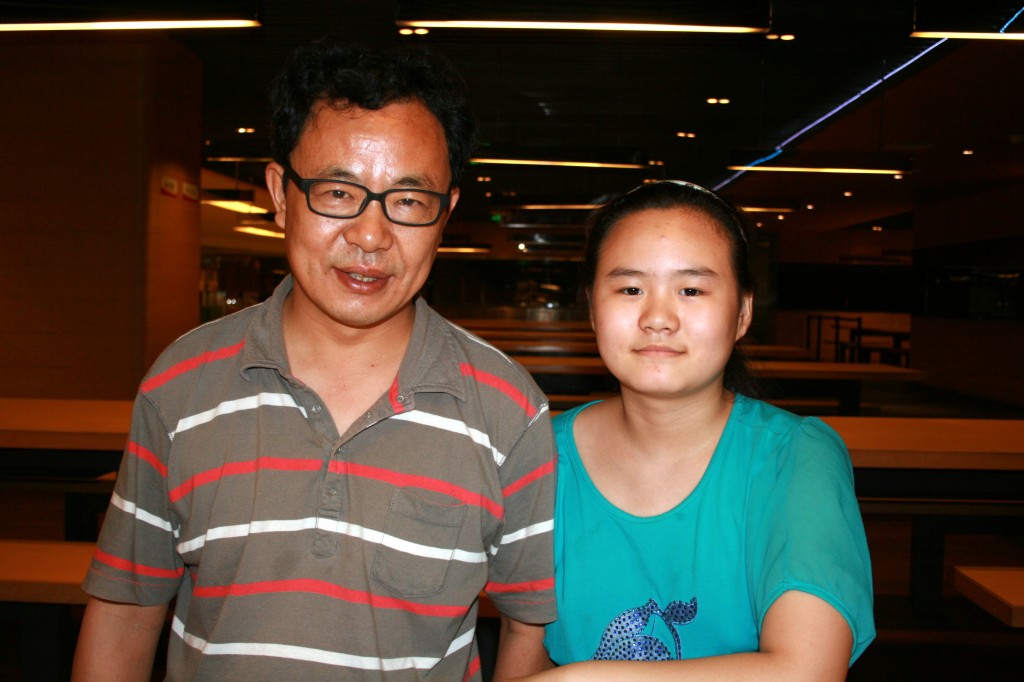 We are Zhang Lin’s daughters, Zhang Ruli and Zhang Anni. Our father is currently detained in Number One Detention Center of Bengbu City, Anhui Province. His trial is set for December 18. This time he is accused of “gathering a mob to disturb public order.” This accusation, however, is completely groundless. We strongly demand that the Chinese government release our father unconditionally, as soon as possible!  We call on and urge Secretary-General Ban Ki-moon, President Obama, President Xi Jinping and other heads of state, parliaments, and human rights organizations to pay attention to this blatant human rights abuse. Your attention could cause our father to be released!

In February of this year, our father took Anni to transfer to another primary school in Hefei. We were planning a new start, but to our surprise, our father was taken by local police three days later. With no guardians, my sister, 10-year-old Zhang Anni, was imprisoned by four male strangers for several hours. After that, Anni was frightened, and she would only stay at home and refuse to go out. After this incident, our father sought justice for his daughter, and was supported by many internet users in China after he released the information. This April, Chinese netizens spontaneously gathered around Hefei, seeking justice for our father and Anni, in the hopes that Anni could return to school. Contrary to their wishes, they did not receive justice. Rather, these friends were subjected to different levels of detention as a punishment. In addition, my father and Anni were monitored by Bengbu City’s National Security Guards, 24 hours a day since that time.

Because Anni could not attend school, our father’s friends contacted the president of Women’s Rights Without Frontiers, Reggie Littlejohn, hoping that she could shelter Anni and allow her to go to school. To our surprise, during the process of contacting Reggie, our father was arrested and detained. In desperation, our father’s friend, uncle Yao Cheng, escorted us to Shanghai City, but he was taken away by local police on the first day, when we arrived at Shanghai, and has been detained till today. After we left China, two more uncles were detained because of Anni, namely, Li Hua-Ping and Zhou Weilin. The Chinese authorities are still hunting uncle Chai Bao-Wen. Now, we are living a free life in Reggie’s home in the United States, but our father and our uncles still cannot see the light of the day in the Chinese prison!

Prior to this, because our father Zhang Lin has adhered to the path of democracy, he has been imprisoned four times during his life and lost his freedom for a total of thirteen years.  Because of the long-term imprisonment and the abuses he had in prison, our father has suffered many diseases, from which he has not been cured. Because of this adherence to the path of democracy, our father dedicated almost his entire life, but finally he still got mired in imprisonment, and his children have been forced out of their home country.

Now, we are very concerned that his physical condition can no longer endure the torture of jailing. After meeting our father, the lawyer said that his physical condition is now has greatly worsened. When he was most recently detained, his left eye was almost blind due to infection; now the weather is getting cold, the detention center is cold and wet, and his joints are probably suffering bursts of pain. Not only is he suffering physical pain, but the more difficult is the mental torture. He has not done anything wrong, but again and again has suffered great persecution.

Therefore, make our appeal: we ask people from all over the world to pay attention to Zhang Lin, Yao Cheng, Zhou Weilin, Li Hua-Ping and Chai Baowen, and many other imprisoned Chinese political prisoners, and urge the Chinese government to unconditionally release them as soon as possible!

Finally, as two girls in exile in a foreign land, for our father and uncles in prison, we cry out to you again: Please focus on them! Please use your influence, because your attention can make them free!