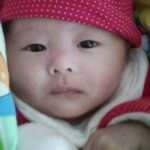 Today, all provinces in China will celebrate “Children’s Day” with lavish children’s art exhibitions and performances. Meanwhile, no mention will be made of the fact that China has “prevented” more than 400 million children from being born, often by forced abortion, through its brutal One Child Policy. In addition, millions of Chinese baby girls are being aborted, just because they are girls.

Reggie Littlejohn, president of Women’s Rights Without Frontiers, stated, “The people of China cherish their children, but the government of China is crushing them. If the Chinese government truly cared about children, it would stop forcibly aborting them. If they truly cared about girls, they would take strong measures to stop the selective abortion of females. It is hypocrisy for the Chinese government to sponsor a lavish media event such as Children’s Day, meanwhile destroying children behind the scenes.”

Women’s Rights Without Frontiers has launched a “Save a Girl” campaign to save women from forced abortion and baby girls from gendercide, and to extend a helping hand to families who are so poor that their daughters are at risk. Our network of fieldworkers on the ground in China visits women who are thinking of aborting or abandoning their baby girls. We offer them monthly stipends for a year to help them keep their daughters.The program has met with great success — women are choosing to keep their baby daughters, with our encouragement and help. 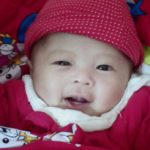 Hui-ying, one of two twin girls rescued by WRWF's "Save a Girl" Campaign

One recent example involves the mother of babies Bao-yo and Hui-ying (names have been changed to protect their identities). When their mother learned she was pregnant, she was thrilled. Soon, however, her in-laws began pressuring her to have a boy, so she went to a local hospital to have an ultrasound performed to determine the sex of the child. If it were a boy, she would have the baby. If it were a girl, she would abort. What would have been double her happiness turned to double despair: she was pregnant with not one, but two girls. When her husband’s family found out the news, they were furious with their daughter-in-law. She didn’t know what to do.

But one of Women’s Rights Without Frontiers’ undercover fieldworkers found this frightened woman and told her about our “Save a Girl” campaign. The pregnant mother and her husband could not believe an American organization would care about their daughters. Our fieldworker showed them pictures and told them stories of other families we have helped, other families who chose to join with us in believing that girls matter just as much as boys. The couple was convinced and overjoyed. Through the aid of one year of WRWF monthly stipends, they chose to keep their baby girls and soon precious twins were born. Now, the mother-in-law who had been so furious has changed her attitude. She enjoys the two new angels in her life and appreciates our help. We are saving lives and changing the culture one family at a time!

Learn more about our “Save a Girl” Campaign here:
http://womensrightswithoutfrontiers.org/index.php?nav=end-gendercide-and-forced-abortion

This entry was posted in abortion, China, China's One Child Policy, gendercide, human dignity, International Day of the Girl Child, One Child Policy, pro-choice, pro-life, Save a Girl, Uncategorized, Women's Rights Without Frontiers. Bookmark the permalink.