Posted on October 27, 2016 by Reggie Littlejohn 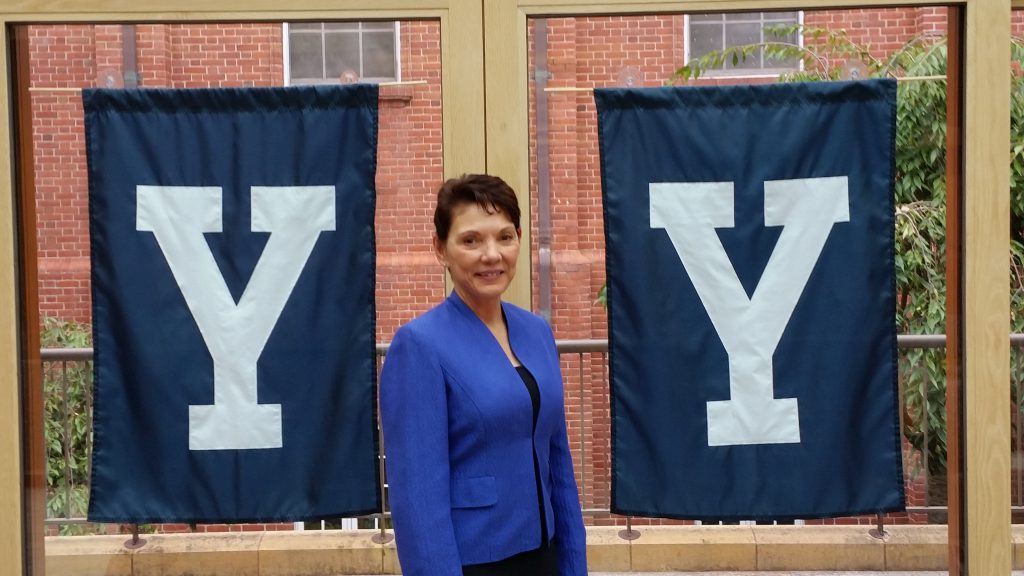 Reggie Littlejohn delivered the keynote address for the Vita et Veritas Conference at Yale University earlier this month.  Students from many colleges, including Harvard, Princeton and Wesleyan Universities were present at the packed event.

Littlejohn’s talk was entitled,  “Fighting Forced Abortion and Gendercide – The Real War Against Women.”  A graduate of Yale Law School, Littlejohn began by recalling her student days.  One memory stood above the rest:

I’ll never forget was walking around the campus with a new student who had just escaped persecution for his faith in Africa.  He had been jailed and tortured, had somehow managed to escape and was a special student at the Divinity School.  I asked him, “So, what do you think of America?”  I expected him to praise our freedom of thought and religion, but his response surprised me.  He said, “People have so much freedom here, they don’t know what to do with it.”  By the look in his eyes, I knew what he meant – that people in America who had never suffered persecution — who had never shed their blood to stand for the truth — were living blissfully self-centered lives, never giving a thought to those who are suffering under totalitarian regimes worldwide.  We could do so much, if we would only use our freedom to help others.  I determined on the spot to use my freedom to help those who are not free. 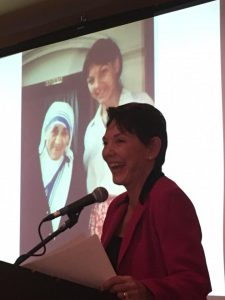 Littlejohn spoke about her experience working with Mother Teresa

There is one young girl whose spine and limbs were twisted like a dishrag. She could not talk and had so much difficulty eating that it took me over an hour to heed her a small bowl of porridge, most of which ran down the sides of her face and into her ears. She weighed about 20 pounds and appeared to be two or tree years old. Trying to calculate her age, I thought I might hit the mark at nine. A sister who worked in the home told me that this young woman was 22 years old.

The sister said that her mind is normal and she understands Bengali and English. When I first worked with her I thought, “What is the point of preserving someone like this for a long life of suffering?” But the alternative would have been an abomination to the sisters, whose order is founded on the belief that Jesus is first found in the poorest and most wretched souls on earth. Eventually, I found that I have something to learn from this young woman, whose bright smile is full of joy and love. I felt humble next to her, since her greatness of spirit enables her to be a “light of the world,” shining blessings on others in a circumstance that probably would have made me a bitter and angry person.

Littlejohn discussed how Mother Teresa’s work saving baby girls in India was a great influence on Littlejohn’s dedication to saving girls in China.