We’re a Small Organization with a Big Mission! Will you help us?

Posted on December 23, 2017 by Reggie Littlejohn 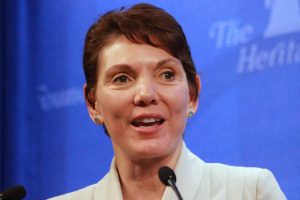 I want to tell you what we’re up against in 2018 – and to ask you to help us meet the enormous challenges ahead.

At Women’s Rights Without Frontiers, we are world leaders in the fight to keep China accountable for its cruel forced population control policies – a battle most governments have given up on.

– We successfully advocated for the ending of US funding of coercive population control in China through the UNFPA and International Planned Parenthood.

– And of course, as of this year, hundreds of baby girls and moms have been saved from coercive population control and deadly son preference thanks to our “Save A Girl” campaign!

There’s no doubt: we’re impacting the global conversation on China. This is a big victory!

But here’s the thing: the Chinese government wants to get us off their back, and they know how to do it.

Last year, the Chinese government made the misleading announcement that they were “abandoning” the One Child Policy.  This was a convenient way to shut down news headlines exposing their brutal population control, without ending the actual practice.  Forced abortion and gendercide continue under the “Two Child Policy.”

The sad thing is, this actually worked. Media everywhere started discussing the coercive One Child Policy as a thing of the past!  And we are letting the world know that it’s still happening!

In 2018, we’ve got to keep China from getting away with this “change in name only.”

Will you please join us?

We have $5000 in matching funds, so your gift will be doubled! 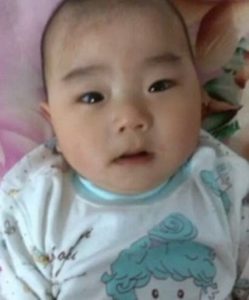 Your gift will help us save women and babies from forced population control, one baby at a time, through our ever-growing Save a Girl campaign.

You’ll also help us keep up the global pressure on behalf of countless other families who fall victim to forced abortions and forced sterilization under the Two Child Policy – even as we speak.

Because of your generosity, we have the power to fight these terrible tragedies, and help the oppressed families of China see the day when the dignity of a woman and her child is truly honored and loved at last.

There are only a few days left to make your gift this year. You can make a difference in the lives of countless families who have nowhere else to turn!

The Chinese Communist Party has announced that it has “prevented” 400 million lives through it’s One (now Two)-Child Policy.  That’s more than the entire populations of the United States and Canada Combined.  Far too many of these lives were “prevented” through forced abortion and sterilization.

Thank you for joining forces with us against the greatest crime against women and girls in the world today!