Daughters of Zhang Lin — WRWF Celebrates One Year in the U.S.

Posted on September 29, 2014 by Reggie Littlejohn 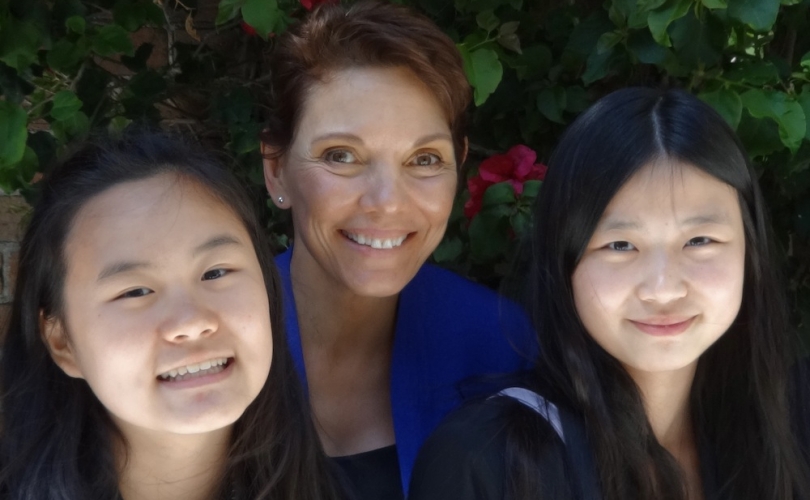 A year ago this month, Anni and Ruli Zhang arrived in the United States.  Ten year old Anni had to leave China because she had been detained and then denied the right to go to school.  She is known as “China’s youngest prisoner of conscience.”  Her venerated activist father is still in jail for having helped her.  With the help of many brave people in China and the United States, Anni and Ruli obtained safe passage to the United States.  My husband, Robert, and I are overjoyed to welcome them into our family.  Here is a beautiful profile of our family, published by LifeSiteNews.  WRWF’s “Save a Girl” campaign is not only saving girls in China, but also around our own kitchen table.  I would again like to thank the brave people in China — four of whom remain in detention to this day — as well as Jing Zhang of Women’s Rights in China and Rep. Chris Smith for all they did to help Anni and Lily come safely to the United States.

(LifeSiteNews.com) – A U.S.-based human rights activist is raising China’s youngest known political prisoner and her sister after the girls fled their native country, where their famous father is still imprisoned.

Reggie Littlejohn, founder of Women’s Rights Without Frontiers, which fights gendercide and forced abortion in Asia, recently told LifeSiteNews the dramatic story of the events that led to her adoption of the girls, in a video interview with Managing Director Steve Jalsevac in Washington, DC.

Littlejohn said that Anni Zhang, 11, and her elder sister Ruli, 19, left China in September after their father, political dissident and nuclear physicist Zhang Lin, was once again imprisoned for speaking out against the Communist government.  He had already spent 13 years behind bars for his involvement in the Tiananmen Square [pro-democracy movement] of 1989, and for publishing comments critical of the Chinese government online.

Zhang’s most recent imprisonment came after Anni – then ten years old – was kidnapped from her school by the authorities and detained overnight without food, water, a toilet, or even a blanket.  After she was returned to her father, she was told that she would not be allowed to attend school anymore because of her father’s pro-democracy activism.

Undaunted, her father led protests against the school and the Communist Party, demanding they give his daughter an education.  But during the protests, they were both detained by police and subsequently placed on house arrest.  They were able to escape last summer, but Chinese authorities caught up to them in July and once again arrested them.  When Zhang realized he would be returning to prison, he reached out to the international activist community for help.  He wanted to get Anni out of the country, as it was clear she would never be able to live a normal life in China.

Zhang is “terribly courageous,” Littlejohn told LifeSiteNews.  “He has been tortured horribly in jail.  For example, his older daughter Ruli has said that what the Chinese Communist Party will do is, they will put him in a cell with people with highly infectious fatal diseases, and murderers, and … they’ll tell the murderers, ‘Do whatever you want,’ and he has been beaten within an inch of his life.”

Littlejohn said the injuries Zhang has suffered in prison are so severe that since Anni was about eight years old, she was the one taking care of her father – cooking, cleaning and doing the household shopping.  (Anni’s mother divorced Zhang and left the family in 2011.)

According to Littlejohn, the government’s treatment of little Anni – detaining her, placing her under house arrest, and denying her an education – are “typical” tactics the Communist Party uses to try to silence dissidents.

“They did their best to silence Zhang Lin through incarceration and torture and denial of medical treatment, [but] they could not silence him,” Littlejohn said.  “So then they go after his kids.” 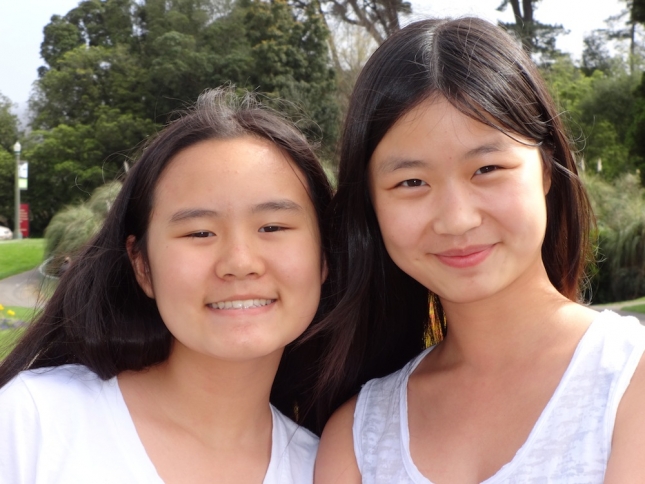 It was in August that Zhang Lin was able to get a message out to Littlejohn saying he wanted Anni to go to the United States.  He asked Littlejohn to find a safe place for the little girl to live, where she could get an education and live a normal life, away from the constant surveillance and threats of the Communist Party.  Otherwise, he worried Anni might end up in a state-run orphanage.

Little did Zhang know that his request was an answer to ten years of Littlejohn’s prayers – her work with Chinese girls had given her a strong desire to parent one, but she knew that the Chinese government would never approve her request for adoption because of her human rights activism.

Littlejohn has devoted her life to fighting for women and girls in Asia. As a lawyer in the early 1990s, she represented a client who sought asylum in the United States after undergoing a forced sterilization in China.  Littlejohn was so shocked to learn about the widespread human rights violations targeting Asian women that she founded Women’s Rights Without Frontiers.

“My husband is the most awesome man in the world,” she added.  “It was just a phone call.  I didn’t even have to sit him down on the couch and say, ‘Honey, there’s a girl in China,’ you know, I just said, ‘Rob, remember Anni?  She needs to come to the United States; she needs a place to stay,’ and there was, like, this pause, and he said … ‘Is this the daughter from China that you’ve wanted for so many years, for ten years?’ And I said, ‘I think so.’”

Littlejohn and her husband agreed to take the little girl in, so activists in China went to work smuggling the girl and her sister out of the country.

It was only after the girls’ arrival in the U.S. that Littlejohn learned that Anni – as the second child fathered by Zhang Lin – was almost a victim of China’s One-Child Policy – the same policy she has dedicated her life to destroying. 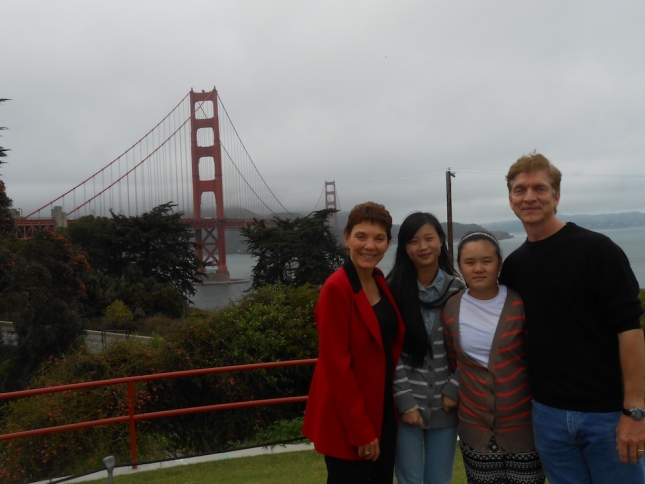 Since the girls’ arrival in the U.S., they have been focused on learning English and acclimating to their new lives.  Anni has taken a liking to hamburgers, and enjoys playing the piano.  Meanwhile, Ruli has started to speak out more about the human rights violations her family has endured, penning an open letter to world leaders on the recent 25th anniversary of Tiananmen Square in which she slammed the Chinese government for “doing their utmost to persecute people, even reaching their evil claws to a ten-year-old child,” and divulging more details about the abuse their father endured at the hands of the Communist Party.

It is Littlejohn’s hope that Anni will someday follow in both her families’ footsteps.

“Anni has the personality … of a leader,” Littlejohn told LifeSiteNews.  “She is very charismatic, [and has a] very strong personality. … [She is] smart like her father and a survivor of the One-Child Policy, and someday I would love to see her take over the reins of Women’s Rights Without Frontiers.”