Posted on October 8, 2014 by Reggie Littlejohn 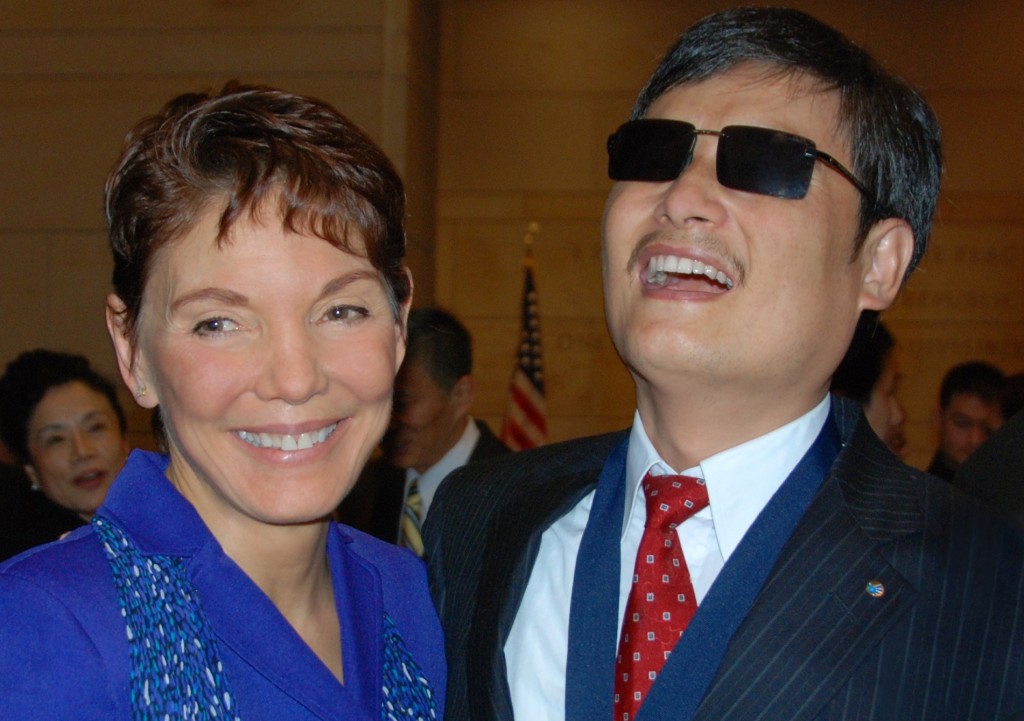 Reggie Littlejohn and Chen Guangcheng at an event in DC, 2013

Women’s Rights Without Frontiers is thrilled to announce that it will partner with the acclaimed research think tank The Heritage Foundation in Washington, D.C. in an event commemorating the International Day of the Girl Child.  The October 9 event will center on the terrible truths of China’s One Child Policy and feature a discussion on valuing women and girls in the 21st century. 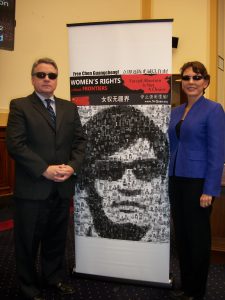 Beginning in 2008, Littlejohn advocated tirelessly in Europe and the United States to free Chen. Littlejohn stated, “I was humbled to testify at several Congressional hearings chaired by Rep. Smith concerning the terrible persecution of Chen Guangcheng, advocating passionately that the Chinese government release him and the U.S. government take him in.  The day that Chen Guangcheng and his family set foot on U.S. soil was the most exciting day of my life.  Speaking with Rep. Smith and Chen Guangcheng at Heritage is an extraordinary opportunity I never thought possible during the long years when Chen’s freedom seemed inconceivable.”

China’s One Child Policy causes more violence against women and girls than any other official policy on earth and any other official policy in the history of the world. The Chinese Community Party boasts that it has “prevented” 400 million births through the One Child Policy. The policy is still ruthlessly enforced through forced abortion and sterilization. Cultural preference for boys has promoted the sex-selective abortions of baby girls.  This gendercide has caused a staggering gender imbalance in which there are 37 million more men than women living in China today.  This gender imbalance is in turn driving sex-trafficking, a black market for children, and social unrest. The coercive enforcement of China’s One Child Policy is the biggest women’s rights issue – indeed, the biggest human rights issue – in the world today, affecting 1.2 billion people, one fifth of the population of the earth. 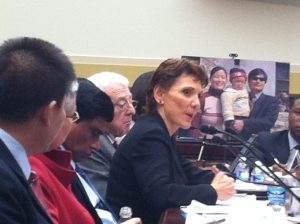 Reggie Littlejohn testifies for the release of Chen Guangcheng and his family, at a Congressional Hearing chaired by Rep. Chris Smith; May 3, 2012

Mr. Chen currently serves as Distinguished Senior Fellow in Human Rights at the William E. and Carol G. Simon Center on Religion and the Constitutionof The Witherspoon Institute. He is also a member of the faculty of the Institute for Policy Research and Catholic Studies at the Catholic University of America and Senior Distinguished Advisor to the Lantos Foundation for Human Rights and Justice.

The presentation will be from noon to 1:00 p.m. at The Heritage Foundation’s office at 214 Massachusetts Avenue NE, Washington, DC 20002.  RSVPs, while not required, are encouraged.

Terms and conditions of attendance are posted at: www.heritage.org/Events/terms

All events may be viewed live at heritage.org