Giving Tuesday – Please help us save women and babies in China!

Posted on December 1, 2015 by Reggie Littlejohn

In this season of giving, please remember the women and babies of China, who are still enduring conditions that are beyond imagination.  At this moment, there are women in China who have gotten pregnant without a “birth permit” and are in danger of being dragged away for a forced abortion, up to the ninth month of pregnancy.  Baby girls in China are in danger of selective abortion and abandonment.

You may have heard that China has “abandoned” its One Child Policy.  This is not true.

The brutality continues.  This October Women’s Rights Without Frontiers was featured at a powerful event in the United States Library of Congress to expose the truth of China’s One Child Policy.  The Victims of Communism Memorial Foundation invited Representative Chris Smith, blind activist Chen Guangcheng, and Women’s Rights Without Frontiers President Reggie Littlejohn to join forces to expose the atrocities of forced abortion and gendercide in China.   We talked about women like Feng Jianmei, who was forcibly aborted at 7 months.  China reports that it has 13 million abortions a year.  That’s 35,000 a day, or almost 1500 an hour.  The brutality of China’s forced abortion policy is repeated thousands of times every day.

Meanwhile, China leads the world in the sex-selective abortion of baby girls.  Our Save a Girl campaign is saving the lives of baby girls at risk of being aborted or abandoned because of son preference in China!  Through our network of on-the-ground fieldworkers, we are able to reach women who are pregnant with or who have just given birth to a girl, and are being pressured to abort or abandon her.  We offer these mothers encouragement and a monthly stipend for a year, empowering them to keep their daughters. 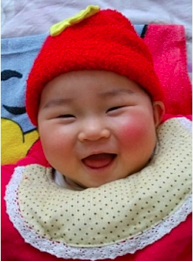 This girl is one of 200 babies saved by our “Save a Girl” Campaign.

We have an overwhelming success rate and have saved 200 precious babies through this campaign. 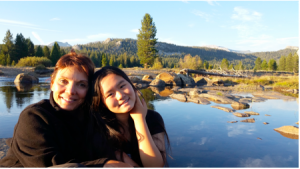 We also rescued Zhang Anni, the persecuted daughter of dissident Zhang Lin.  She was called “the youngest prisoner of conscience in China,” as she was kidnapped out of her elementary school at age 10 and detained overnight.  The Chinese government persecuted Anni in an attempt to silence her heroic father.  We raised the visibility of Anni’s case internationally and then conducted quiet diplomacy to get her out of China.  She is now living with my husband and me and we are raising her as our own daughter. 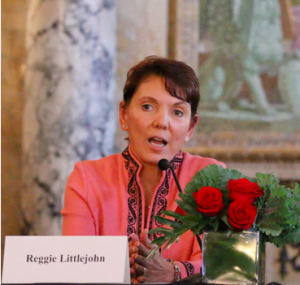 At the U.S. Library of Congress on Capitol Hill in D.C., Reggie addresses attendees of the November 2015 China Forum, sponsored by the Victims of Communism Memorial Foundation.

Women’s Rights Without Frontiers has been called the “leading voice” in the battle against forced abortion and gendercide in China.  Indeed, I was astonished and humbled to be named one of the “Top Ten People” of 2013 by Inside the Vatican magazine. We have testified seven times at the U.S. Congress, three times at the European Parliament, twice at the British Parliament, and have briefed the Canadian Parliament, the State Department, the White House, the United Nations and the Vatican.  Our efforts have born fruit.  Both the European Parliament and the United Nations Commission on the Status of Women have issued statements condemning forced abortion.  We are unique in having the attention of both the left and the right.

Women’s Rights Without Frontiers needs your support to continue.  We need to raise $50,000.00 to continue our work.  Please prayerfully consider partnering with us in fighting perhaps the greatest injustice of our age.

The women and babies of China urgently need your help!  If you would like to partner with us, please send a check made out to Women’s Rights Without Frontiers to: 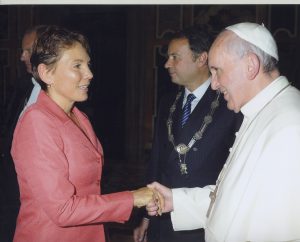 Reggie Littlejohn met Pope Francis in October 2013. She was named one of the “Top 10” People of 2013 by Inside the Vatican magazine.