Posted on March 8, 2016 by Reggie Littlejohn 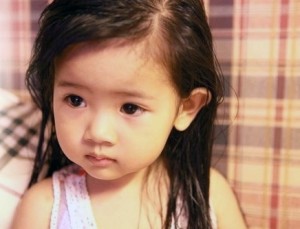 Following the Chinese government’s misleading announcement that it will “abandon” its One Child Policy, women’s rights in China are in more danger than ever before – especially for baby girls.

NIPT, a prenatal diagnostic technology, analyzes fetal DNA taken from a mother’s blood to discover birth defects. However, the tool can also be used to discover a baby’s gender as early as seven weeks’ gestation – making it easier to terminate the pregnancy if it is unwanted for being female.

Such abuse has been documented in several countries, including the United States and Great Britain, where a government study recently suggested the test might be linked to prenatal gendercide.

Market watchers now predict that NIPT is set for rapid growth under the new Two-Child Policy in China, where baby girls already struggle to survive under a strong cultural preference for males.

“Where brutal son preference meets non-invasive, early sex determination of a fetus, inevitably baby girls will be selectively aborted,” said Women’s Rights Without Frontiers President Reggie Littlejohn in testimony before the U.S. Congressional-Executive Commission on China earlier this month.  “Because of its convenience as a simple blood test and its ability to determine gender very early in a pregnancy, NIPT will place second daughters at even higher risk, likely resulting in a rise in sex-selective abortions.”

The demand for NIPT has already grown so strong that Chinese officials last year implemented stricter regulations for its use – apparently with an eye to curbing abuses by expectant families. The restriction was reportedly lifted a few months later.

Sex selective abortions, according to a 2009 British Medical Journal study, account for almost all the excess males in China:  in other words, 37 million Chinese men will never marry because their future wives were aborted. This provides a strong demand for trafficking in women and sexual slavery in and around China.

This is the latest example demonstrating that the Chinese Communist Party’s switch to a Two Child Policy will not end human rights abuses.  China’s forced population control system remains in place, as do the conditions giving rise to gendercide.  Littlejohn continued, “We have saved nearly 200 at-risk baby girls from sex-selective abortion or abandonment.  The rise of the NIPT technology makes our ‘Save a Girl’ Campaign all the more urgent.”

Click here to learn more about WRWF’s Save a Girl Campaign.

Click here to watch a video on forced abortions in China.

China Cracks Down on DNA Testing