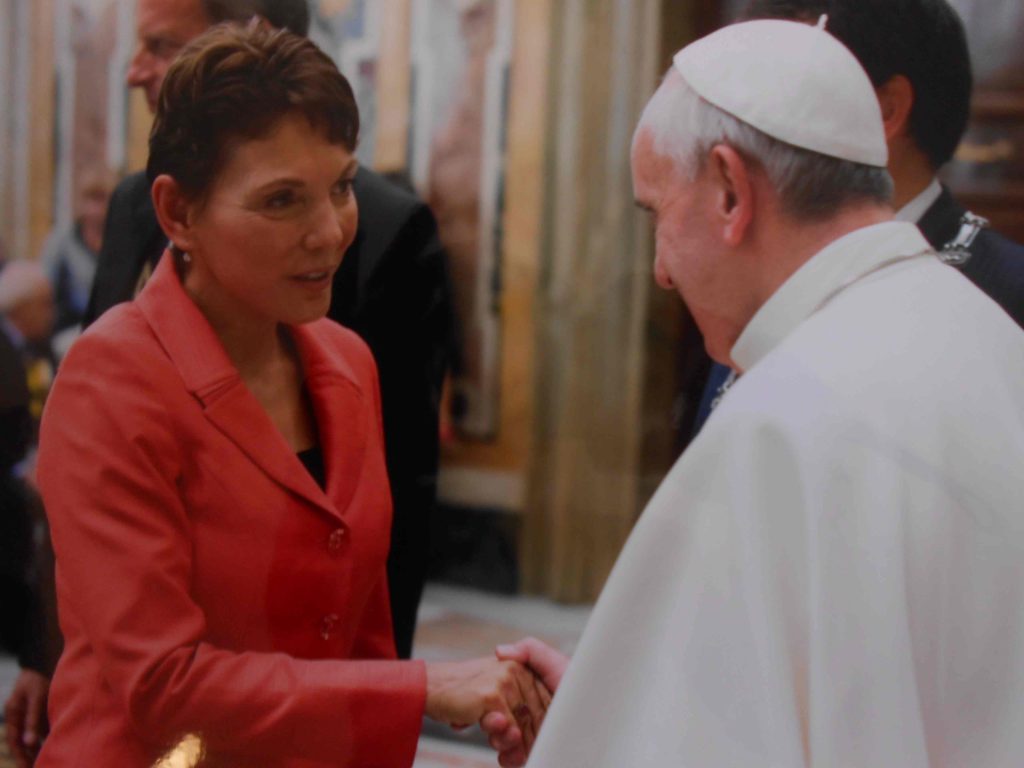 This article is reprinted with the permission of the Catholic News Agency.  Read the original article by Elise Harris here: http://www.catholicnewsagency.com/news/one-child-policy-still-a-massive-threat-to-women-expert-warns/

Rome, Italy, Sep 25, 2013 / 04:07 am (CNA/EWTN News).- In wake of the 33rd anniversary of China’s one-child policy, a women’s rights activist has raised concern about those who believe the policy has ended, warning of the dangers it still poses.

“The one child policy is definitely still happening. Any report that states that China is abandoning the one-child policy is false,” Reggie Littlejohn said in a Sept. 22 interview with CNA.

Littlejohn is the founder and president of “Women’s Rights Without Frontiers,” an international coalition aimed at exposing forced abortion, gendercide, and sexual slavery in China.

Wednesday marks the anniversary of the country’s one-child policy, which was instituted during the Mao era in China in 1979 as a means of population control. The measure restricts most Chinese families to one child each, and uses a quota reward system for the Family Planning Officials who carry out the birth control policies.

“Women are forced to abort babies up to the ninth month of pregnancy, and sometimes these forced abortions are so violent that the women themselves die along with their full-term babies.”

In addition to her advocacy for China’s women, Littlejohn also led the international effort to free Chinese activist Chen Guangcheng, who arrived in the United States in May, 2013.

Known as an international expert on the country’s one-child policy, she has testified at the U.S. Congress as well as the European, British and Irish Parliaments, and has briefed the White House, the U.S. Department of State, and the Vatican on the issues of women’s rights in China. Most recently, she addressed a maternal health care conference in Rome, where she was able to meet Pope Francis.

Littlejohn rejected media perceptions in the West that the one-child policy is waning, countering that “when the Chinese communist party tweaks the policy, makes a minor adjustment to it, for some reason that fact gets reported as ‘China is abandoning the one-child policy,’ which is not true.”

According to her, coercion involved in the one-child policy is being used to keep the communist party in power.

“The core of the policy, the centerpiece of the policy, is not how many children the government allows a woman to have, it’s the coercion with which they enforce the limit,” she said.

Littlejohn added that even if a couple is granted a second child, they would still need to have a birth permit – if they do not get one, the mother is still subject to a forced abortion until the end of her term.

Outside of forced abortion, the one-child policy has opened the door to other human rights issues, such as human trafficking and gendercide, Littlejohn said.

“The fact that the Chinese government imposes this coercive low birth limit, combine that with the preference for boys and what you end up with is sex-selective abortion, or gendercide.”

“Right now there are thirty-seven million more men living in China than women,” she said, “and that’s driving human trafficking and sexual slavery, not only within China but the surrounding countries.”

Littlejohn said that the coercion used to enforce the one-child policy serves the double purpose to also keep the communist party in place in China, stating that when the policy was initiated, the birth rate was about 5.9, whereas now it “more like 1.7, which is well below 2.1.”

“China’s population problem is not that they have too many people, it’s that they have too few young people. So I believe that it has transformed into a policy of social control that’s a way for the Chinese government to demonstrate its power.”

She also listed China’s system of informants, who are specifically assigned to watch women and report anyone whose abdomens “look bigger than they should,” and the money that the government makes in profit from the “exorbitant” fines they charge to families with more than one child, among the reasons she believes that the policy is being used to keep the current party in place.

When the informants catch a woman, Littlejohn said, China’s Family Planning Police come “in the middle of the night, grabbing women out of their beds, strapping them down to tables and forcing them to abort babies they want up to the ninth month of pregnancy.”

“That is a form of violence against women, its official government rape in my opinion, and it’s a way of terrorizing the entire population.”

Littlejohn emphasized the need to raise awareness about the one-child policy, pointing to the resources on her group’s website as a place to start. The video, “Stop Forced Abortion: China’s War Against Women,” gives a short, but good introduction that can easily be shared on social media to help spread information, she said.

She also suggested her organization’s “Save a Girl” campaign, which offers a monthly stipend for a year to mothers who are considering aborting their babies, simply because they are girls, as a way to give assistance.

After being offered the stipend, in “ninety-five percent of the cases, women choose to keep their daughters,” Littlejohn noted.

“Whenever I feel sort of frustrated about the enormity of ending forced-abortion in China,” she said, “I’ve got this binder of all these beautiful faces of these baby girls that we’re saving.”