Our “Save a Girl” Campaign Saved a Surprise Boy

Posted on October 11, 2013 by Reggie Littlejohn 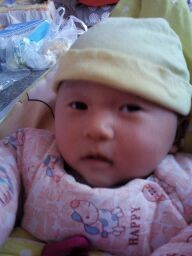 This boy was almost aborted because the ultrasound said he was a girl. WRWF’s “Save a Girl” Campaign saved his life.

An administrator at a local hospital in rural China places a secret call to a Women’s Rights Without Frontiers fieldworker. A woman’s ultrasound shows a girl, he says. The family is known to practice gendercide, and the mother is being pressured to abort.

One of our fieldworkers visits and learns the husband’s family insists on the abortion. To help the mother keep the child, we offer monthly support for a year – part of our “Save a Girl” Campaign. She uses these much-needed funds to push back against the pressure to abort the baby because it’s a girl.

Then comes the birth of a healthy baby . . . boy!  The ultrasound was wrong. In tears, the mother thanks us for saving her son, almost lost because he was expected to be a girl.

Please help us save lives in China by donating to our
“Save a Girl” Campaign today!

Today, October 11, is International Day of the Girl Child.  It was established by the UN in 2011 “to recognize girls’ rights and the unique challenges girls face around the world.”  It is a “girl’s right” not to be deleted from existence just because she’s a girl.  It is the “unique challenge” of girls in China and India to emerge from their mothers’ wombs alive, so that they may draw breath upon this earth and see the light of day.

For most of us, hearing “it’s a girl” is cause for enormous joy, happiness and celebration.  But in many countries, this announcement is a death sentence.  Experts estimate that up to 200 million women are missing in the world today due to gendercide, mostly in China and India.

This should not be a pro-choice or a pro-life issue.  This is a human rights issue. Gendercide is violence against women and girls.  No one supports the systematic elimination of females.

Or so I thought.  Just last week it was reported that it is now legal to selectively abort girls in the UK.

Where is the “feminist” outcry? How does it advance women’s rights to selectively abort hundreds of millions of girls, simply because they are future women? When faced with human rights atrocities of this scale, silence is complicity.

All too often, gendercide is not a choice. There is a strong correlation between sex-selective abortion and coercion. Crushing social, economic, political and personal pressures in cultures with a strong son preference trample women carrying girls.  Women in these cultures hardly select their daughters for abortion. They are forced.

In China, the birth ratio of girls to boys is the most skewed in the world: approximately 100 girls born for every 119 boys. Sons traditionally carry on the family name, work the fields, and take care of their parents in old age. A daughter joins her husband’s family at marriage. There is a saying: “Raising a girl is like watering someone else’s garden.” The One Child Policy exacerbates the underlying son preference. When couples are restricted to a coercive low birth limit, women often become the focus of intense pressure by their husband and in-laws to ensure a boy.

Because of systematic, sex-selective abortion there are an estimated 37 million more males than females living in China today. The presence of these “excess males” is the driving force behind human trafficking and sexual slavery, not only within China but from surrounding nations as well.

Finally, China has the highest female suicide rate of any country in the world. According to the most recent U.S. State Department China Human Rights Report, the number of female suicides has risen sharply in the past several years, from 500 women per day to 590.

It is a woman’s right to choose to give birth to her daughters. Together, China and India comprise one third of the world’s population. That one-third of the world’s women are deprived of their right to bear girls is the biggest women’s rights abuse on earth. This violent discrimination against women and girls deserves a passionate response from groups that stand for women’s rights, whether on the right or on the left.

These problems are not confined to China and India.  Female feticide happens in the United States and in many countries all over the world.

Every struggling mother deserves help to keep her daughter. Together, we can end gendercide and sweep sex-selective abortion into the dung-heap of history, where it belongs.

You can help save lives in China by donating to our
“Save a Girl” Campaign today!

This entry was posted in gendercide, International Day of the Girl Child, pro-choice, pro-life, Save a Girl, Uncategorized. Bookmark the permalink.