Reggie Littlejohn: Leading the Fight to Stop Forced Abortion and Gendercide in China

Posted on December 8, 2016 by Reggie Littlejohn 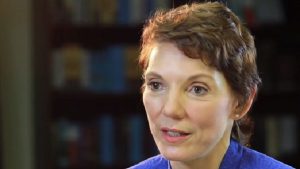 Thanks to LifeNews for publishing a beautiful, feature article about our founder and president, Reggie Littlejohn.  Here is an excerpt.  The link to the entire article is below.

Reggie Littlejohn has an impressive resume as a world-wide advocate for the rights of the most vulnerable people.

An attorney and a graduate of Yale Law School, Littlejohn is the founder and president of Women’s Rights Without Frontiers, an international coalition working to expose forced abortion, gendercide and sexual slavery in China.

She has briefed officials at the White House, the Department of State, the United Nations and the Vatican. Littlejohn has also travelled across the United States speaking and raising awareness about the abuses of the brutal One Child Policy in China . . . She talked with LifeNews about her work.

LN: How did you become involved fighting forced abortion in China?

Littlejohn: In the mid-90s, I knew that China had a One Child Policy, but I had never stopped to think how it was enforced. Then, as an attorney, I represented a refugee who had given birth to two children and had been forcibly sterilized. As I sat at my desk on a sunny day in San Francisco, I could not believe that on the other side of the earth, Chinese women were at that moment being dragged out of their homes and forcibly sterilized and aborted, up to the ninth month of pregnancy. I had to do something to help them, so I founded Women’s Rights Without Frontiers.