Have Researchers Really “Found” Many of China’s 30 Million Missing Girls?

Posted on December 2, 2016 by Reggie Littlejohn 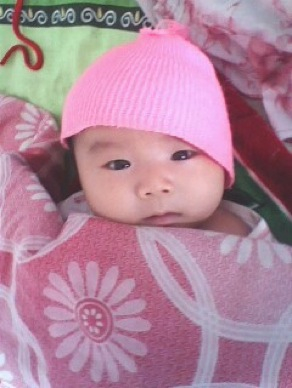 Baby rescued from gendercide by WRWF’s “Save a Girl” campaign

Some girls may be hidden, but sex-selective abortion and abandonment are still very serious problems in China.

An article came out in the Washington Post Wednesday entitled, “Researchers may have ‘found’ many of China’s 30 million missing girls.”  The researchers – John Kennedy of the University of Kansas and Shi Yaojiang of Shaanxi Normal University – argue that many of these girls “might not have been killed after all . . . [but] may, in fact, simply not have been registered.”

Regardless of how many girls have been hidden rather than aborted or abandoned, we know that true gendercide also exists in China. Women are pressured to abort or abandon their babies just because they are girls — rather than simply hiding them.  Second daughters are particularly vulnerable. Women’s Rights Without Frontiers has boots on the ground in one area of rural China. Our “Save a Girl” Campaign has saved hundreds of baby girls from abortion or abandonment, because they are girls.

The idea that Chinese families sometimes hide an “illegal” child is not news. Daughters are hidden more often than sons, as son preference leads families to save their “hukou” (household registration) for a boy.  There is a level of uncertainty in the census numbers coming out of China, as families have an incentive to misrepresent the number of children they have, either to evade a forced abortion before the child is born, or to avoid paying crushing “terror fines,” which can reach 10 times a couple’s annual salary, after the child is born. All of this is well established.

When a child (usually a girl) is hidden, she will have no official existence — she will have no health care or access to education, for example.  No one knows how many children exist without hukou — illegal aliens in their own land. This is the reason that the man in Shaanxi quoted in the article referred to his illegal daughter as “the nonexistent one.”  I have long maintained that the hukou system, which discriminates against girls, should be abolished.

The idea that most if not all the 30 million missing women in China can be found among this illegal population, however, is improbable.  Researcher Kennedy states, “If 30 million women are truly missing, then there’s going to be more males than females of marriageable age as they start looking for wives.”  Agreed.

And of course, that’s exactly what’s happening, with the formation of “Bachelor Villages,” and the new law that Chinese women cannot marry men of a different race.  Also, China is one of the worst countries in terms of sexual slavery — driven by the gender imbalance, according to the State Department’s Trafficking in Persons Report.

According to the 2016 State Department Trafficking in Persons (TIP) Report, China’s gender imbalance, caused by the One Child Policy, is driving international human trafficking from the surrounding nations. This would not occur if 25 million women, hidden at birth, suddenly emerged 20 years later, at marriage age:

Women  and  children  from  neighboring  Asian  countries,
Africa, and the Americas are subjected to forced labor and
sex trafficking in China. North Korean women are subjected
to forced prostitution, forced marriage, and forced labor in
agriculture, domestic service, and factories. African and South
American women are promised legitimate jobs in China and
forced into prostitution upon arrival. The Chinese government’s
birth limitation policy and a cultural preference for sons
create a skewed sex ratio of 117 boys to 100 girls in China,
which observers assert increases the demand for prostitution
and for foreign women as brides for Chinese men – both of
which may be procured by force or coercion. Women and
girls are kidnapped or recruited through marriage brokers and
transported to China, where some are subjected to prostitution
or forced labor.
http://www.state.gov/documents/organization/258878.pdf, p. 130.

We know from our experience on the ground in rural China that many girls are not hidden, but dead. For example, we saved twin girls from abortion, because their father’s family wanted only boys.

We have found that second daughters are especially vulnerable to abortion or abandonment.

The It’s a Girl film documents the practice of gendercide in China and India extensively.

Even if some of China’s 30 million missing girls and women are alive but hidden, there are still countless more that were selectively aborted or abandoned. We need to continue to fight gendercide in China. We need, moreover, to advocate for the end of the hukou system, which disproportionally impacts girls and women.

Interracial marriage in China illegal for women, but not for men 6/13/16