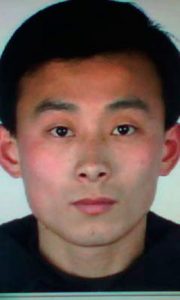 Dongshigu Village, Shandong Province. In late April 2012, blind activist Chen Guangcheng dazzled the world by scaling the back wall of his compound and eluding the frustrated grasp of the Chinese Communist security machine. As though to punish him on the anniversary of his escape, Chen’s relatives in Dongshigu Village are being seriously harassed and subjected to death threats.

Chen Guangcheng spent years in jail, then under severe house arrest, after he exposed the widespread, systematic use of forced abortion and involuntary sterilization in Linyi City, Shandong Province, in 2005.

According to reports by Yaxue Cao of “Seeing Red in China” and by Chinese Human Rights Defenders, harassment of Chen’s relatives has intensified greatly in the past several weeks. Chen’s older brother, Chen Guangfu, has reported that his home has been pelted with stones, breaking windows and damaging the roof. Also, dead chickens and ducks have been thrown onto his property, together with fake money that is burned for the dead. According to the CHRD, “[t]his is a curse and a threat used by the local villagers; it means death and conveys the idea that killing the person is as easy as killing a chicken or a duck.” Flyers have been posted around Dongshigu Village denouncing Chen Guangcheng and Chen Guangfu.

Wednesday afternoon, authorities detained Chen Guangfu’s wife, allegedly for “hiding and sheltering a criminal.” This “criminal” would be her son, Chen Kegui. On April 26, 2012, after discovering that Chen Guangcheng was missing, authorities burst into the home of Chen Guangfu, dragged him away, and beat his wife and son, Chen Kegui. Fearing for his life, Kegui grabbed a kitchen knife to defend himself. According to Congressional testimony of Chen Guangcheng, these officials did not sustain any major injuries. Nevertheless, Kegui was charged with attempted murder. He was later convicted of “intentional injury” and sentenced to three years and three months in prison.

Reggie Littlejohn, President of Women’s rights Without Frontiers, stated, “We condemn the persecution of the relatives of Chen Guangcheng by Chinese Communist thugs. This harassment is clearly designed to silence him as one of the leading voices in the world to expose the brutality of this regime. The Chinese government will even stoop to detain without food or water a 10-year-old child in an attempt to silence her activist father, as in the case of Zhang Anni, earlier this month. We urge Chinese President Xi Jinping to stop the harassment of Chen Guangcheng’s relatives in Dongshigu Village. We call upon President Obama and Secretary Kerry to urgently intervene on behalf of Chen Guangcheng’s relatives in China.”

Translation of the CHRD Report
http://www.chinaaid.org/2013/04/chinese-human-rights-defenders-reports.html