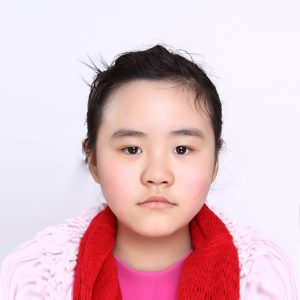 HEFEI CITY, ANHUI PROVINCE. February 27, 2013 began like any other school day for ten-year-old Zhang Anni. Little did she know that this day she would be ordered to the principal’s office, whisked away by four unidentified men, and detained without food or water, and without knowing where her father was, for 20 hours. Anni’s crime? Her father, activist Zhang Lin, had exposed government corruption.

I had the rare privilege of speaking directly with Anni and her father on a national internet radio program broadcast throughout China this evening. Their story filled me with indignation. Anni has still not been allowed to return to school. No legitimate government would detain, starve and deny education to a ten-year-old.

According to her father, their case has sparked national outrage in China. 500 people have dropped their jobs and traveled to demonstrate outside Anni’s former school, the Hupo Elementary School in Heifei. Some protesters are hunger striking. Zhang says he is deeply touched by the love and sacrifice of these supporters.

Those demonstrating are showing not only love for Zhang and Anni, but also the awakening of an increasingly bold contempt for the Chinese Communist Party’s brutal persecution of the children of dissidents. Such persecution is routine in China. Blind activist Chen Guangcheng’s son had to move away from his parents in order to go to school. His daughter was only allowed to go to school after intense domestic and international pressure was applied. Now, the Chinese Communist Party has detained and tortured Chen Guangcheng’s nephew, Chen Kegui.

I believe that the Chinese Communist Party persecutes, detains and tortures the families of dissidents in an attempt to silence them. The CCP will commit serious human rights violations against children to stifle freedom of speech. This is state-sponsored child abuse.

Activist Zhang Lin participated in the 1989 democracy protests in Anhui Province. A prolific dissident writer, he has been jailed multiple times and subjected to continuous monitoring, according to an HRIC report.

Meanwhile, Anni was fearless and articulate in speaking with me on national radio. Her father commented, “Anni is strong. She’s been dealing with the police since she was two years old. She knows how to handle them.”

What an extraordinary girl. It was an honor to speak with her. I told her, “Be brave, be true, be humble, and one day you will help lead your people to freedom.”

With 1.3 billion people living in China — one fifth of the population on earth — the world will not be free until the people of China are free.